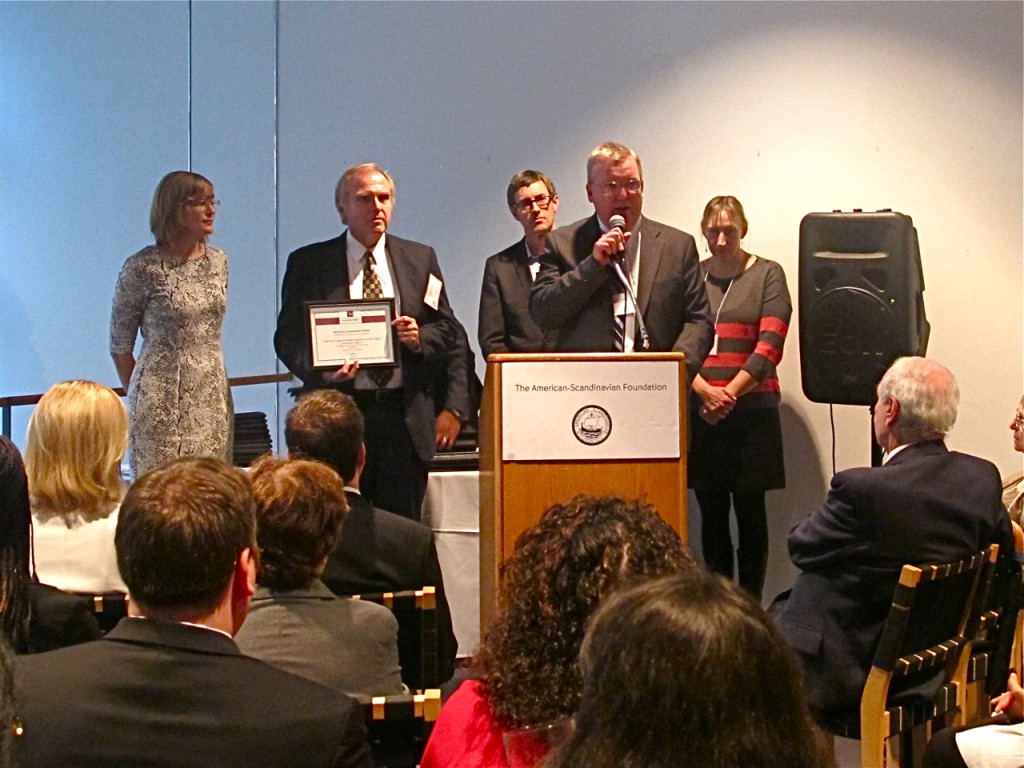 The Meritorious Achievement category highlights work of unusual achievement in urban planning.  In the last decade, the Meritorius Achievement Award has recognized highly significant local projects including West Harlem Piers, the Solid Waste Management Plan and the Greenpoint-Williamsburg Plan. The Newtown Creek BOA Nomination Report was selected from a distinguished group of contenders. The Chapter commended NCA and its partners for “undertaking a highly comprehensive review and creating an innovative approach to revitalizing the complex Newtown Creek area.” The Awards Committee also praised the unique collaboration between NCA, GMDC, and Riverkeeper, which proved instrumental to a community-based BOA process. Balancing a local and regional focus, the partners successfully arrived at policy solutions for the future of Newtown Creek.

The Committee recognized the Report as a gamechanger with community and citywide impact. The Report was noted for its innovative approach, which promotes a vision of maritime use consistent with Newtown Creek’s industrial past, rather than redevelopment for mixed use. With this goal, NCA and its partners emerged as leaders in industrial retention and the preservation of maritime support services in New York City. The Report also differs from other BOA projects in New York City in its scope, scale, and complexity. The Committee felt that the ability to complete a detailed and comprehensive nomination report within a limited time frame was an especially meritorious achievement in planning today. NCA is proud to share the Meritorious Achievement Award with GMDC and Riverkeeper!