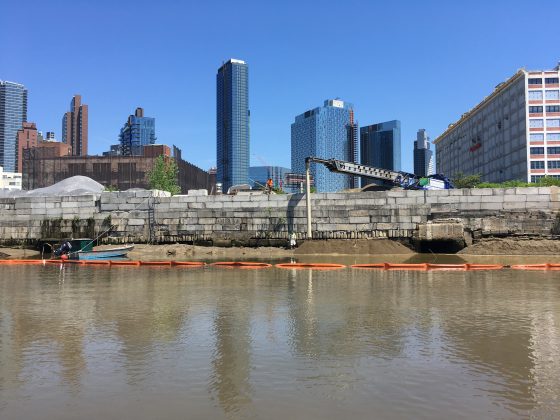 Clean fill being placed at the head of Dutch Kills in Queens. (May 2018)

The New York City Department of Environmental Protection (NYCDEP) is currently installing a large expansion of native salt marsh habitat within the Dutch Kills tributary of Newtown Creek. Building upon a pilot project which was installed in 2015, this expanded effort will focus on two main sections: the very head of Dutch Kills (running parallel to 47th Avenue) and 3 plots touching the Hunters Point Avenue Bridge. The intertidal area needed for salt marsh grasses is being built up with clean fill (sand) being added to already shallow/exposed areas that lie outside the navigational channel. In total the project will include some 3,500 cubic yards of clean fill to create over 11,000 square feet of planting area. 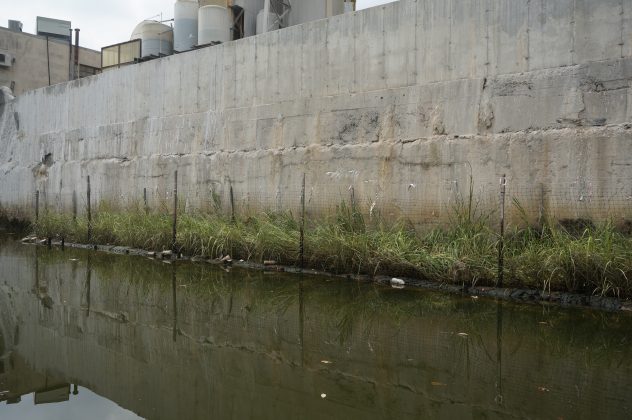 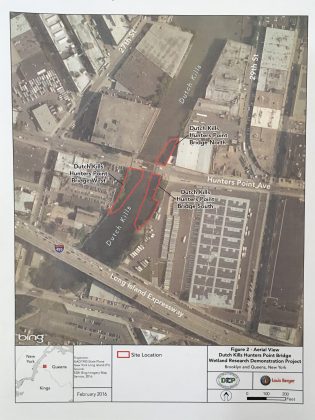 Before european settlement, Newtown Creek was surrounded by over 1,200 acres of salt marsh. Reestablishing native salt marsh habitat in tributaries like Dutch Kills has been a long-time goal of NCA, and we are very encouraged and excited for this investment. The low marsh grasses (spartina alterniflora) help uptake nutrients, produce oxygen and provide habitat for key species such as ribbed mussels which provide ecological services and water quality improvements by filter feeding and reducing pathogen levels.

This expansion began May 2018 and will continue through June. We look forward to tracking the progress and performance of the grasses and continuing to work with city, state and federal officials to re-introduce more native habitat to Newtown Creek.