Oil Sheens on the Creek 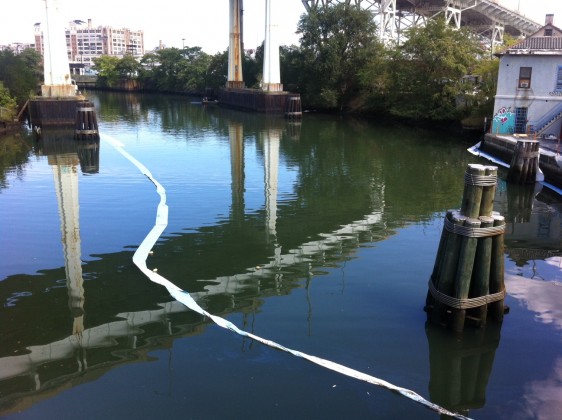 UPDATE September 15th:
On September 9th, NYSDEC received an anonymous tip that has led to identifying a responsible party dumping waste oil into a land side drain that leads straight to Dutch Kills. US Coast Guard as well as an environmental services contractor deployed sorbent and containment booms to contain and remove the dumped oil and a full legal investigation is underway.

Since the spring there has been an inordinate amount of petroleum sheens, oil spills if you will, seen on Newtown Creek – specifically the NW section of the creek running from the Pulaski Bridge to Whale Creek and up into Dutch Kills. A number of reports have been filed with the NY State Dept. of Enviornmental Conservation (DEC) who has been working tirelessly to locate the source for these occurrences. It is not clear wether all sightings are related or what the potential source is. AS DEC inspector Randy Austin put it: “We’re trying to figure out whether or not these are the “routine” sheens we encounter from ebullition and vessel disturbance of the sediments, or if we have a point source responsible for these rainbow sheen events, which have been occurring since early Spring in Newtown Creek.”

We strongly urge people to report similar sightings of large rainbow slicks on the creek to the DEC Spill Hotline (1800-457-7362) as well as take a photograph if possible. NCA looks forward to assisting Randy and his amazingly dedicated team at DEC to identify sources and prevent future events from occurring. Much thanks to our partners at Riverkeeper, North Brooklyn Boat Club and LaGuardia Community College for reporting these spills and providing the photos below. 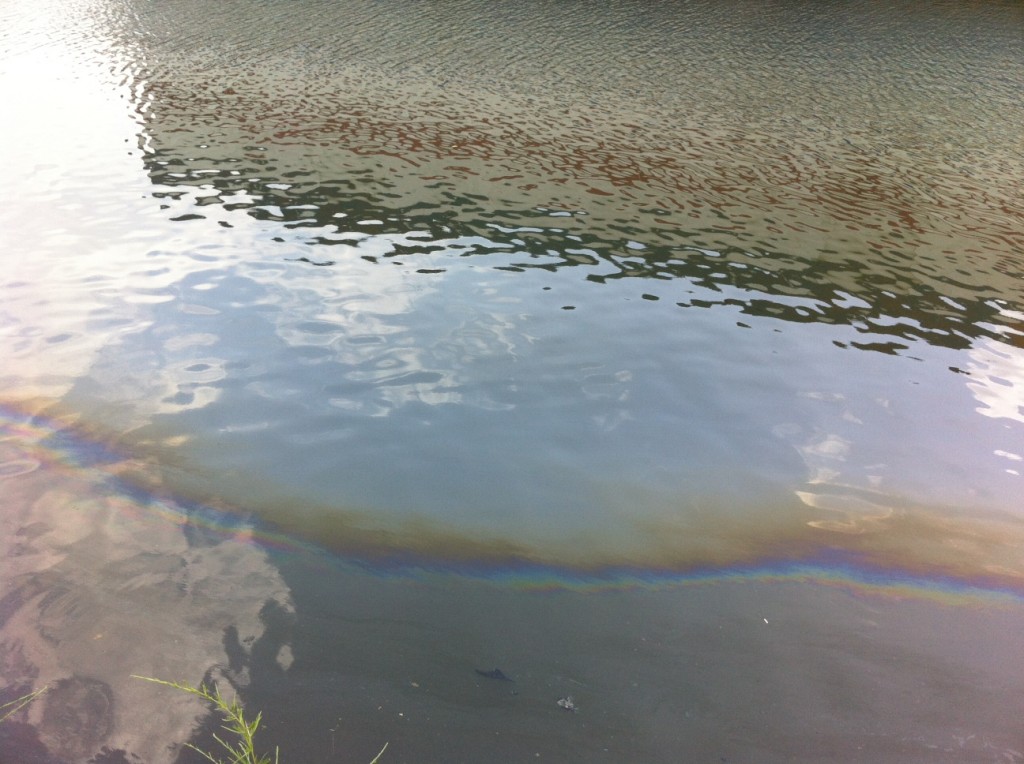 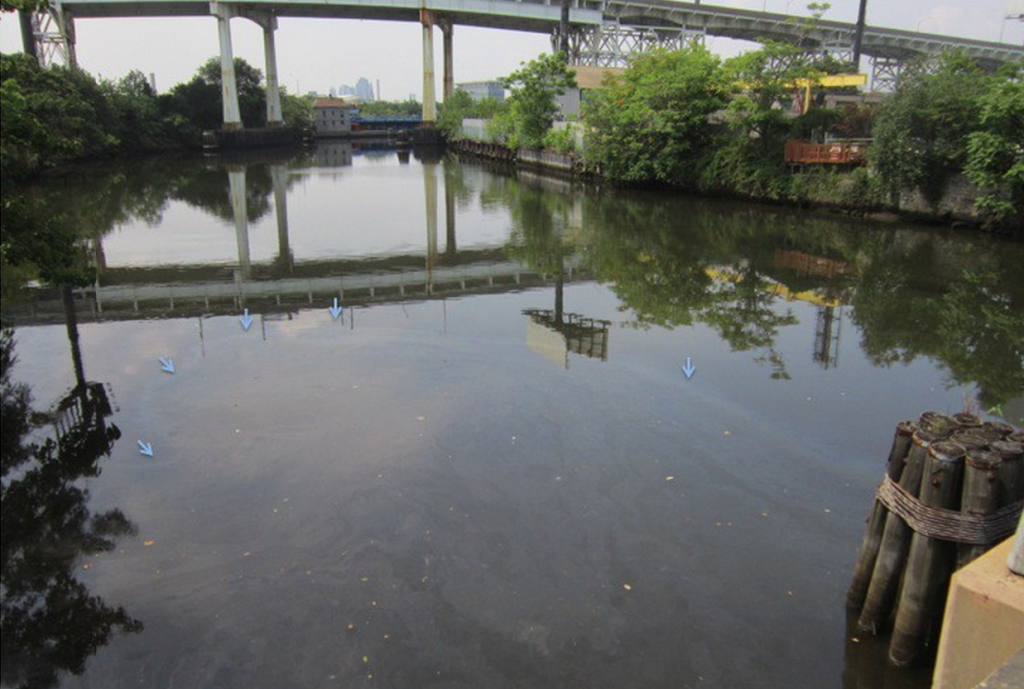 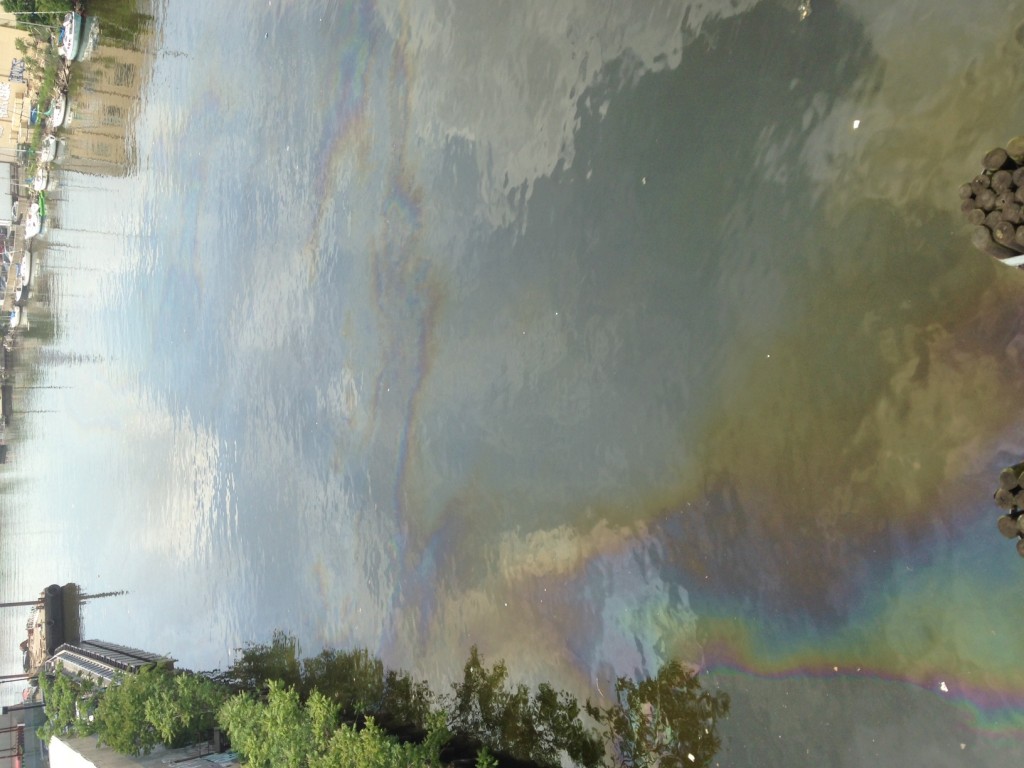 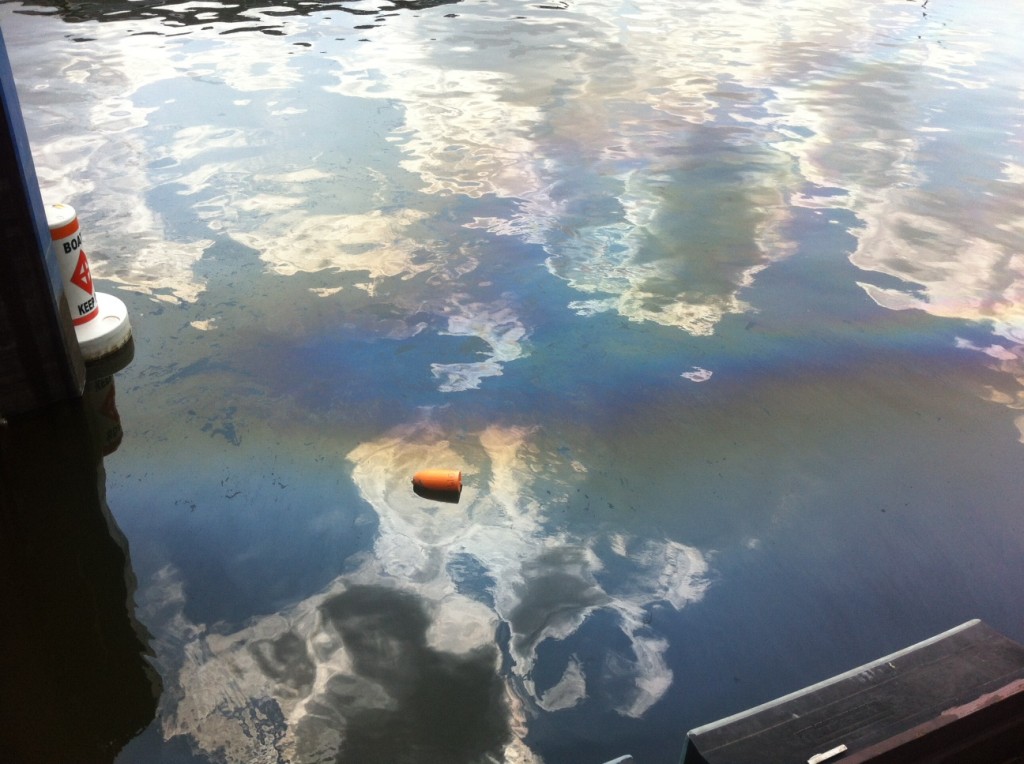 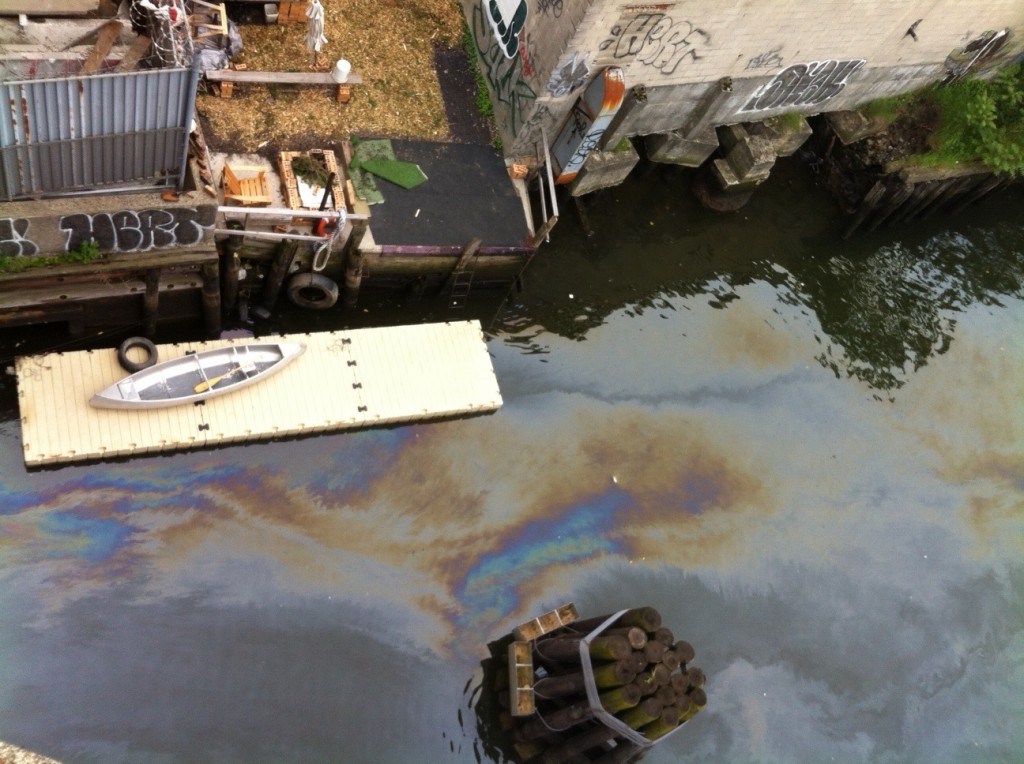