Why Not To Expand Aeration

Since 2012, Newtown Creek Alliance and Riverkeeper have sought to challenge the aeration project in Newtown Creek – an automated air blower system intended to increase dissolved oxygen levels. To date, we have raised a number of concerns about the project – including potential health impacts, the lack of sustained impact and poor investment of $115 million – but to no avail in convincing the city and state to reconsider alternative approaches. The project is fully installed within the English Kills tributary (NC-2) and plans are underway for East Branch (NC-3) but expansion of the project into the main channel of Newtown Creek and the Dutch Kills tributary (NC-4) has yet to receive notices to proceed. In addition to our formerly expressed concerns about the project, there are specific reasons for the state and city to reconsider this final expansion. It is our hope to re-open conversations with the NYC DEP and NYS DEC and engage greater community comment on the project.

Click here to read our February 11th letter to DEP and DEC outlining our concerns for expansion. 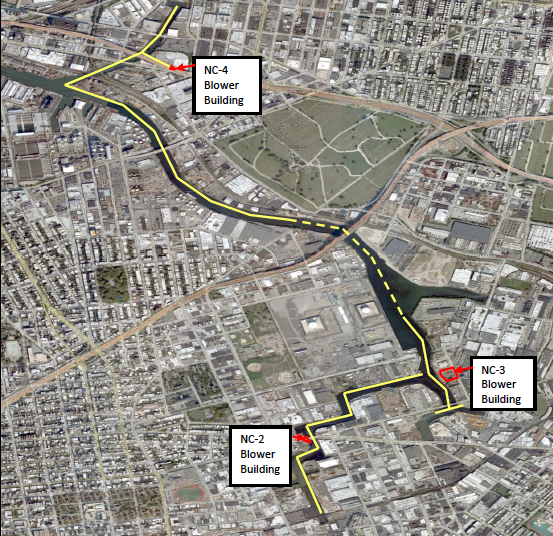