Riverkeeper patrols the Creek on a rainy day

Its just another rainy day on Newtown Creek for Riverkeeper Patrol Boat Captain John Lipscomb…here are a few notes and photos of his observations:

Raining. We see several sites with very turbid discharges – assume storm water. No sheens. No SPDES signs. Also, at Pratt oil seep on Queens side the absorbent boom is hung up on rip rap. It needs better rigging to be effective.

Boom at Pratt seep, Queens side.” 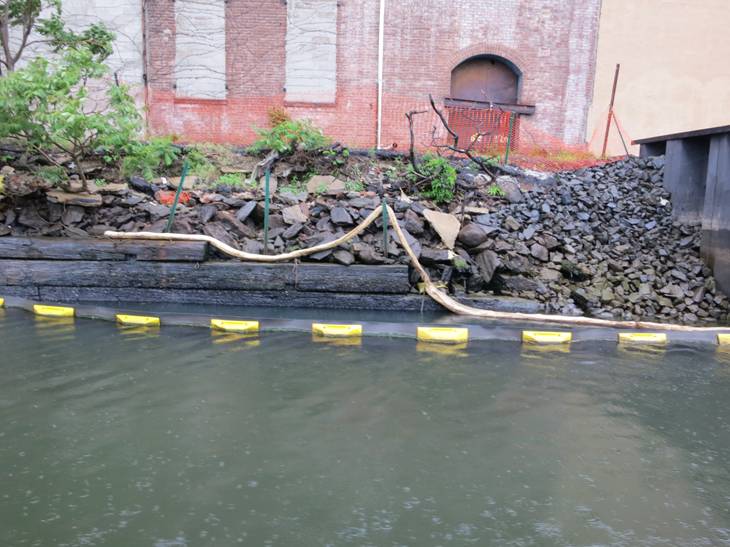 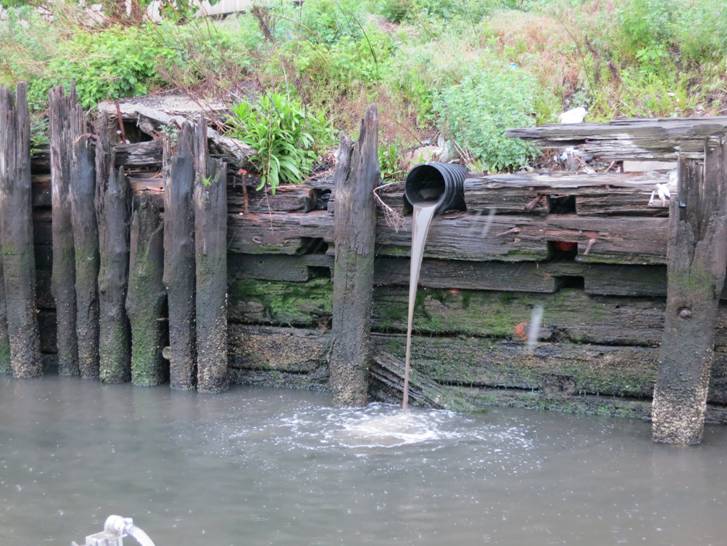 “Strong, turbid discharge at Waste Management on Brooklyn side under Kosciusko. We’ve seen this before. It’s only visible in rain and at low tide.” 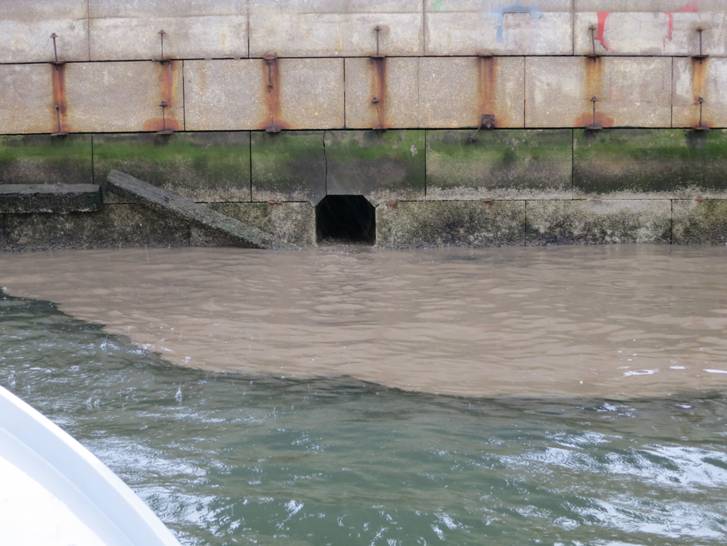 “Discharge at Empire Transit Mix. This is a storm drain, I think. It is right next to the pipe where we saw cement waste discharged years ago which led to EPA enforcement.” 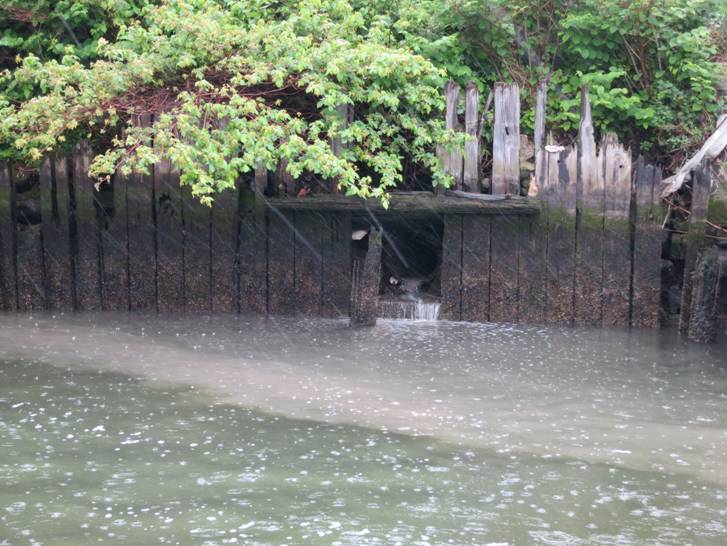 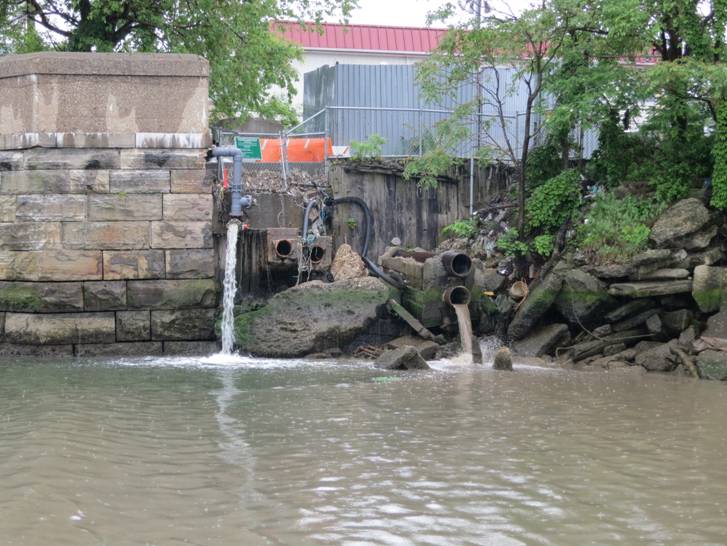 Thanks to John for being our eyes on the creek! So what are we seeing? Read on for an explanation of what happens on the creek on days like today.

When wet weather exceeds treatment capacity at the Bowery Bay and Newtown Creek sewage treatment plants, untreated sewage and stormwater is discharged to Newtown Creek through 23 Combined Sewer Overflow (CSO) outfalls. It is estimated that CSO events can happen over 70 times a year but vary in location and severity throughout the creek. The upper tributaries are the most heavily affected, with over 93% of the estimated 1.6 billion gallons of annual CSO overflows on the creek coming from just five outfalls at the “headwaters” of the tributaries. In addition to the pathogens associated with untreated sewage, CSO overflow may contain a wide variety of toxic chemicals and litter from roadways and rooftops.

Direct drainage areas and separate storm sewers serve the remaining 1,249-acres (17 percent) of the watershed, including all of the industrial shoreline properties on the Creek. Of the over 200 non-CSO outfalls on the creek, only five are permitted under the State Pollutant Discharge Elimination System. The remaining storm drains, highway drains, and direct discharges from private lots endure as a vestige of the ad hoc industrial development that operated “out of sight, out of mind” for two centuries. It is this runoff that may prove to be the most problematic to resolve, as with industrial sites, stormwater may come into contact with a wide variety of pollutants.

2 comments on “Riverkeeper patrols the Creek on a rainy day”