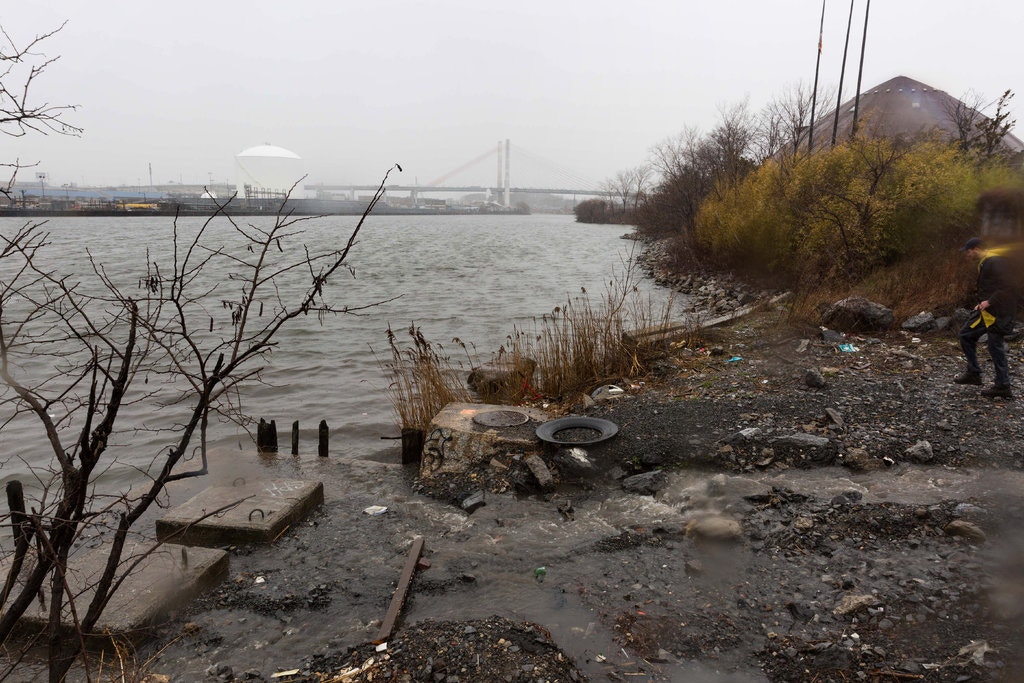 Bringing Climate to the Classroom in Queens  NextCity; September 18th, 2019

The dark side of green development–and what cities should do instead  Fast Company; April 2nd, 2019

Home on the Grunge: Newtown Creek Alliance Hopes to the Clean the Air (and Water) Along the Creek  Patch; October 31st, 2018

Spotting Signs Of Life On The Poisoned Waters Of Newtown Creek  Gothamist; May 1st, 2018

Cleaner Creeks and Bays, But How Will New Yorkers Access the Waters They Own?  City Limits; August 16th, 2016

Environmentalists Check Pollution in Newtown Creek Ahead of Cleanup  DNAinfo; May 20th, 2016

Bringing Community, and Nature, Back to the Banks of Newtown Creek  Curbed NY; April 15th, 2015

Today is the last day that @tanteotequila will donate 5% of all online sales to NCA! We are very appreciative to this Bushwick based business in supporting our work and cleanup of #newtowncreekGo check out their page/store today:www.tanteotequila.com/shop ... See MoreSee Less

On March 10th the @nysdec is holding a hearing about @nationalgrid air permit and planned expansion of their LNG facility on #newtowncreekOur partners @nonbkpipeline are holding two public webinars to explain the expansion and how it connects to the North BK Pipeline that is currently under construction. (see image 2 for details)NCA and @riverkeeper have submitted comments opposing the air permit and facility expansion for numerous reasons relating to community and environmental impacts (link on our website). Learn more and make your voice heard about this issue!NYSDEC hearing:March 10th, 6pm ... See MoreSee Less

Living Fossil Friday! Check out this great overview about horseshoe crabs and how to better protect these ancient creatures. We have seen both adult and juvenile (size of rice grains!) horseshoe crabs within Newtown Creek, unfortunately with very little shoreline habitat they seek. vimeo.com/497733638 ... See MoreSee Less

Living Dinosaurs: How horseshoe crabs have survived for eons in NY and NJ and why they’re vital to human health and safety

With the worldwide race to develop and manufacture vaccines came renewed interest in horseshoe crabs. The sea creatures, which are over 350 million years old and...
View on Facebook
· Share

In the fall of 2020, Geoff Storr, a graduate student of Public and Urban Policy at the New School worked with the Newtown Creek Alliance on a policy brief addressing last mile distribution centers around Newtown Creek. The research paper seeks to address the Central Policy Issue: How can the localized quality of life, environmental and economic burdens caused by the proliferation of last-mile distribution operations in the Newtown Creek industrial area, and other industrial areas in New York City, be mitigated? NCA is very thankful for Geoff’s thorough research and detailed analysis of this growing sector, including its impacts on the surrounding communities and recommendations for improved land use and transportation policy. We look forward to continuing this important conversation with Geoff, our partner organizations working to protect and improve the Industrial Business Zones around the Creek, and, of course, community members interested in and impacted by this issue. Read and download the paper here:www.newtowncreekalliance.org/lastmile-storr/ ... See MoreSee Less

The Newtown Creek Alliance is a community-based organization dedicated to protecting the environmental, recreational and commercial integrity of Newtown Creek.
View on Facebook
· Share